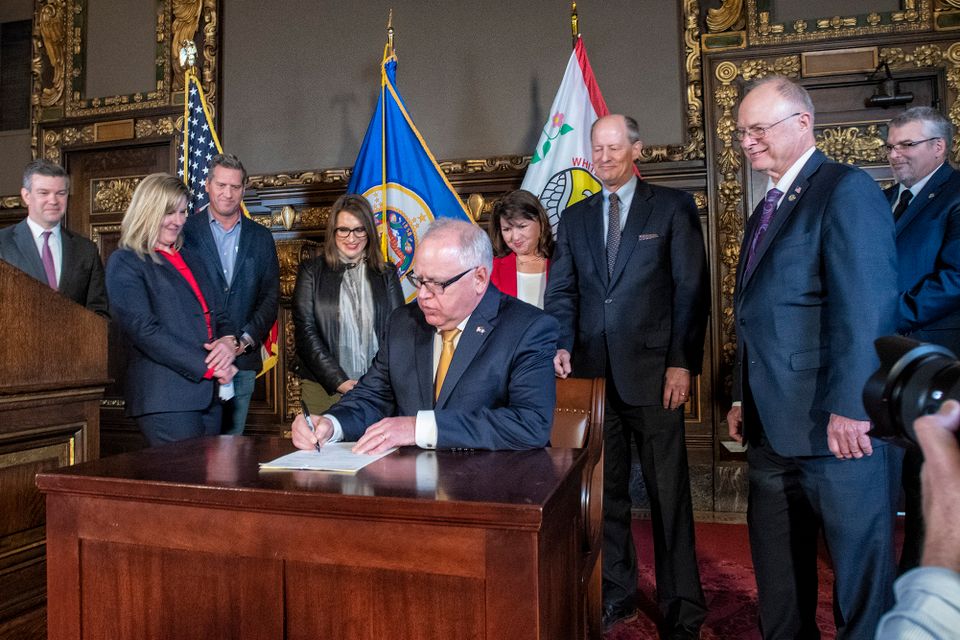 By Jakob Kounkel and Natasha Barber

Editor’s note: This story was originally published in the Benton County News March 18, after going to press prior to information released regarding Benton County’s first confirmed case.

FOLEY – COVID-19’s stranglehold on the United States has been felt in nearly every corner of the community, affecting business in Benton County as well as school districts and civic events.
The World Health Organization declared the COVID-19 outbreak a global pandemic March 11. With the growing number of confirmed cases in Minnesota reaching 35 by Sunday, Gov. Tim Walz declared the closure of K-12 public schools from March 18-27 to allow staff to prepare plans for extended distance learning.
According to the Centers of Disease Control and Prevention, as of 4 p.m. Friday, the United States had 1,629 cases and 41 recorded deaths from the viral respiratory illness which began its pandemic toll in Wuhan, China.
COVID-19 – coronavirus disease 2019 – put pressure on federal, state and local officials as well as private business owners to take precautions that might prevent the virus from taking hold and spreading.
Because the illness has more significant ramifications for people ages 60 years and older, Marc Halpert, CEO of Monarch Healthcare Management, imposed visitor restrictions to The Gardens at Foley assisted living facility at noon March 12.
“I hope to be able to lift this as soon as possible,” Halpert said. “Our goal is to keep our staff and our residents safe and infection-free.”
Halpert said his facilities are screening anyone who comes through their doors and barring visitors under specific circumstances, such as those who have recently traveled to foreign countries. He also said his facilities are fully stocked and are not facing supply shortages.
The Gardens at Foley, via its Facebook page, encouraged people to send letters and colored pictures to the facility to keep the spirits up of those who are no longer allowed visitors.
Some educational institutions took precautions prior to Walz’s emergency executive order. Nearly 40 Minnesota state colleges and universities extended spring breaks or found alternatives to in-person instruction, and the Minnesota State High School League canceled all activities. Practices have now also been canceled with the closure of schools Mach 18, and no activities are slated to begin prior to April 6.
Foley Public Schools altered its schedule Monday and Tuesday of this week in addition to the governor’s directive. School was closed March 16 and an early out day will take place March 17 with students dismissed at 12:15 p.m. The half day is intended to allow faculty to inform students grades 4-12 on Google Classroom, the primary method of instruction through March 27. Students K-3 will be issued take-home learning packets. For those without internet and computer access, accommodations are available.
With Minnesotans recommended to social distance themselves in efforts to curb the spread of the airborne illness and people encouraged to have enough supplies on hand should they be isolated for the 14-day quarantine period, retail suppliers have struggled to keep up with demand.
Aisles were noticeably depleted in area Coborn’s grocery stores and the company continued to keep its More Rewards members informed via emails. Hours in most stores were altered to 6 a.m. to 10 p.m. to allow for cleaning, disinfecting and stocking.
“We know some of the products you are looking for are hard to find right now, and we are sorry,” said Chris Coborn, CEO of Coborn’s, via email. … “Our suppliers are running behind schedule, and our manufacturers are temporarily struggling to keep up with production due to an unprecedented surge in demand nationwide.”
Churches and civic events canceled customary fish fries and other events with worship services being altered for optional in-home viewing via social media.
According to information from the CDC, the virus is thought to spread mainly between people within close contact of each other – approximately 6 feet. It acts similar to influenza in that the virus is infectious before an infected person displays symptoms.
Symptoms of COVID-19 include a fever, cough and shortness of breath. In more severe cases, the disease may cause pneumonia, multi-organ failure and, in some cases, death.
According to the CDC, older adults and people who have serious chronic medical conditions, like heart disease, diabetes and lung disease, are at increased risk of getting very sick from the illness.
The CDC recommends taking everyday precautions that could prevent or slow the outbreak, like washing hands with soap and water for at least 20 seconds frequently, applying hand sanitizer with at least 60% alcohol content and avoiding high-touch surfaces in public places. As of March 15, the CDC issued a recommendation that for the next eight weeks, organizers cancel or postpone in-person events that consist of 50 or more people throughout the United States.

Where To Find...
Current individual counter copies are available Tuesday mornings for $1.00 at Coborn's, Little Duke's, Speedway, Brenny Oil Company and Casey's in Foley and at Pojo's and Gilman Co-op Creamery in Gilman.